Where was Erica? She had one of the most adventure-filled days of her life, taking in Pooley Bridge, Mardale Head, Kentmere, Kendal, and many miles of lanes in between. (donation to park at Kentmere Institute, everywhere else free)
Weather: Some sunshine, mainly overcast, a bit of rain (one heavy shower and a few light sprinkles).

An early start, to arrive at Pooley Bridge (right at the other end of the Lake District) for 0730. There I waved Mick off and watched as he started up his first ascent of the day:

Then I made haste (or rather, drove carefully along some single track roads) to Brampton, thence to Mardale Head.

Not a breath of wind disturbing Haweswater as I drove in. The calm state didn't last.
After my own breakfast (I hadn't felt inclined to join Mick in breakfasting at 0530), I laced my trainers and off I headed for a trot along Haweswater.

I'm not a fan of the Haweswater path, knowing that it's a succession of trip hazards along its whole length and thus not much of it is (in my world) runnable. However, Mardale Head was where I needed to be, so that's the route I took and I was determined to lift my feet up and not trip.

I made it 300m from the car park before I tripped, no doubt because I hadn't yet joined what I consider to be the lakeside path, so I wasn't yet paying attention. The culprit was one lone rock protruding in what looked to be an innocuous grassy/muddy section of path. The belly slide I performed through that mud was impressive. Even more impressive was the amount of mud covering me, my clothes and my pack as I emerged at the other end. Regret of the day: that I didn't take a selfie for illustration.

Post clean-up selfie. It would have been a nice view if I hadn't shoved my face in the way.

Fortunately, I wasn't far from an easily accessible stream and a few minutes there with a rag had me looking presentable again.

Almost exactly 6km of progress later I looked at the time and realised that I was in danger of bumping into Mick. An accurate assessment, as I looked back up and there he was. This was unfortunate, as I was meant to have a cup of tea and sandwich waiting for him when he reached Erica. That gave me an imperative to be speedier (but still careful) on my way back. Success: His tea was made and sandwich 30 seconds away from ready by the time he arrived.

It rained whilst he ate and drank, but was dry again by the time he set out. It didn't last and he got caught in a downpour as he ascended Gatescarth Pass at the start of his final 9.5km to Kentmere. 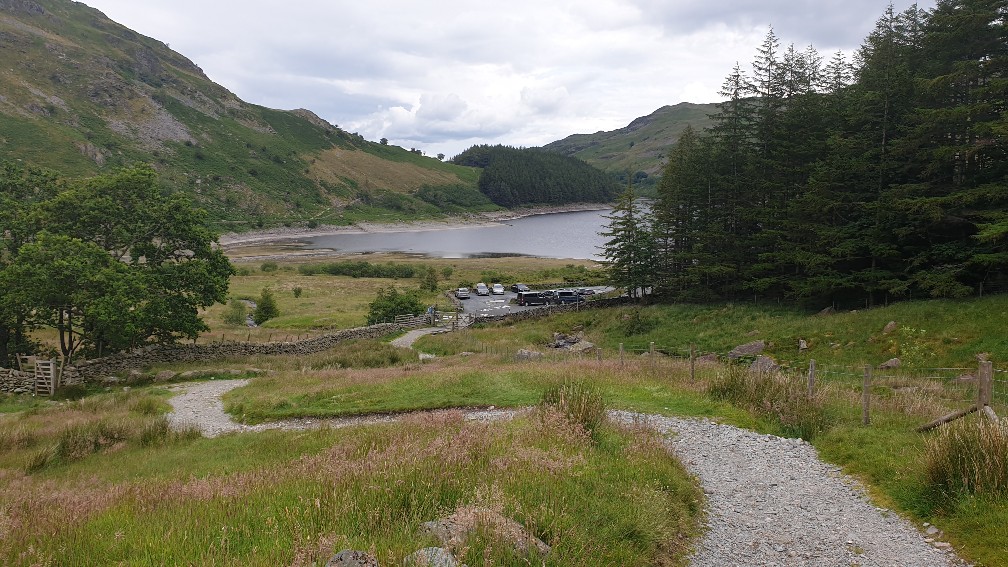 Looking back to Erica at Mardale Head as an excuse for a breather going up Gatescarth Pass.
For me it was a 50km drive to the same destination, and I arrived only about twenty minutes before Mick's ETA. I could have just sat and waited, but Mick's sudden appearance before me at Haweswater earlier in the day had slightly curtailed my outing, so I thought I'd make up the distance by trotting out to meet him.

If the two women who greeted me with "Hello again!" by Kentmere Church (almost certainly also recce-ing the Lakeland route; really should have chatted) put any thought into the matter, they must have wondered as to my route, as they'd also seen me on the Lakeland course earlier in the day, but both times I was heading in the 'wrong' direction and they had no way of knowing that I'd driven between the locations.

A kilometre later, I reached a large wall stile where I hoped, from the top step, I would be able to see Mick approaching along the road. Over the wall popped my head, and there he was, greeting me with "I'm glad you're here!". His phone, with its ailing battery, had just died and my appearance saved him from having to use other methods to confirm that this was indeed the stile he needed to take.

We were soon back at Erica, with Mick having had a successful day out on a reasonably long chunk of the course.

Next stop was Aldi in Kendal for some groceries, badly timed to have us leaving just as schools kicked out. It was a slow crawl to get out of town to make our way back to Bertie. 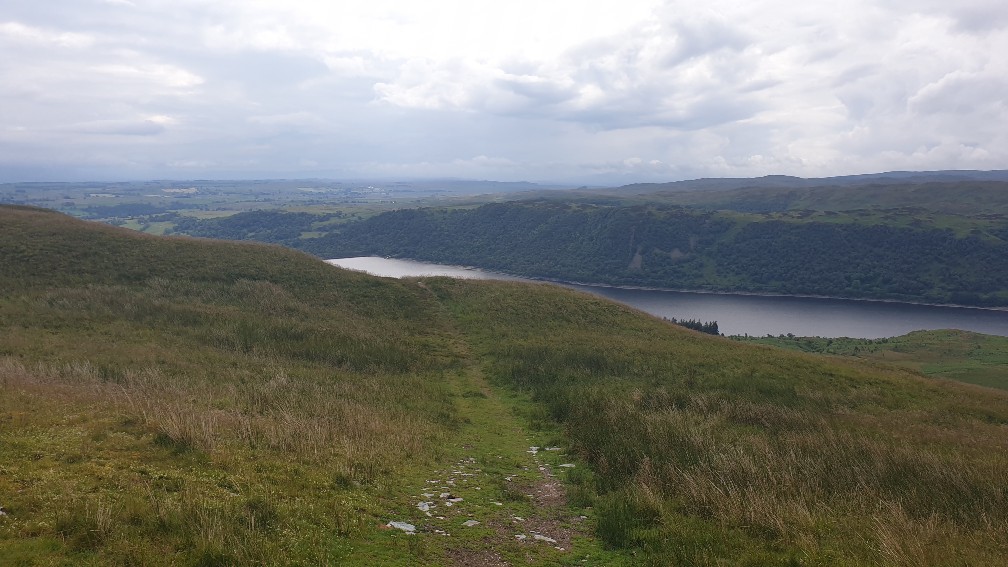 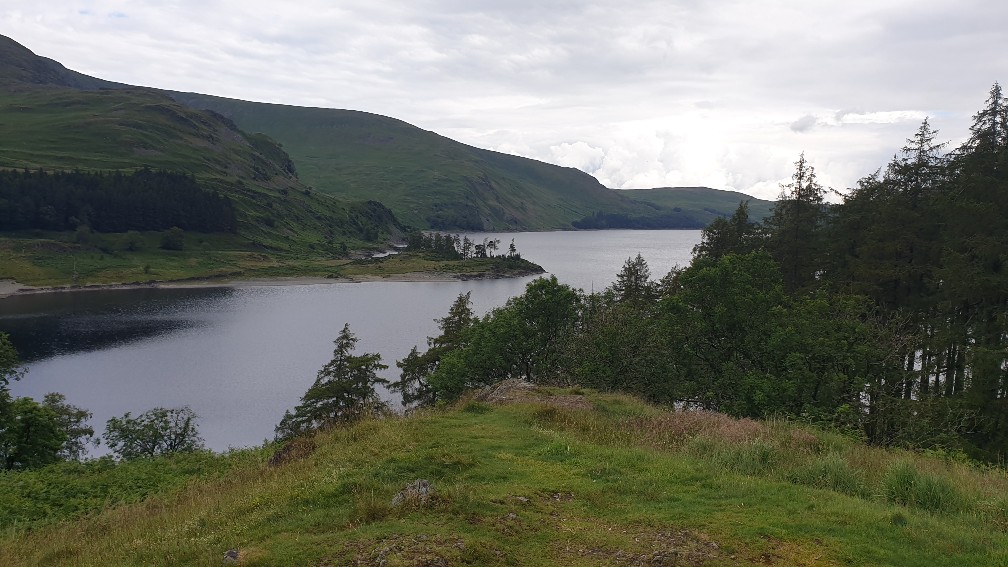 Two of Mick's views of Haweswater
Posted by Gayle at 08:40